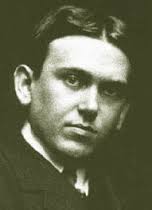 “Conscience -- the inner voice that warns us somebody may be looking.”

“Self-respect--the secure feeling that no one, as yet, is suspicious.”

“We must respect the other fellow's religion but only in the sense and to the extent that we respect his theory that his wife is beautiful and his children smart.”

“Every decent man is ashamed of the government he lives under.”

“Equality before the law is probably forever unattainable. It is a noble ideal, but it can never be realized, for what men value in this world is not rights but privileges.”

“The plain fact is that education is itself a form of propaganda - a deliberate scheme to outfit the pupil, not with the capacity to weigh ideas, but with a simple appetite for gulping ideas ready-made. The aim is to make 'good' citizens, which is to say, docile and uninquisitive citizens.”

“The older I get the more I admire and crave competence, just simple competence, in any field from adultery to zoology.”

“No matter how happily a woman may be married, it always pleases her to discover that there is a nice man who wishes that she were not.”

“It is hard to believe that a man is telling the truth when you know that you would lie if you were in his place.”

“The men the American people admire most extravagantly are the most daring liars; the men they detest most violently are those who try to tell them the truth.”

“The urge to save humanity is almost always only a false-face for the urge to rule it.”

“The kind of man who demands that government enforce his ideas is always the kind whose ideas are idiotic.”

“The whole aim of practical politics is to keep the populace alarmed (and hence clamorous to be led to safety) by an endless series of hobgoblins, most of them imaginary.”

“As democracy is perfected, the office of president represents, more and more closely, the inner soul of the people. On some great and glorious day the plain folks of the land will reach their heart's desire at last and the White House will be adorned by a downright moron.”

“The average man does not want to be free, he simply wants to be safe.”

“The essence of science is that it is always willing to abandon a given idea for a better one; the essence of theology is that it holds its truths to be eternal and immutable.” 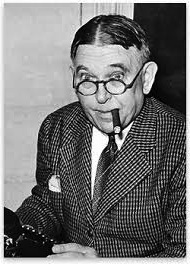 “Puritanism: The haunting fear that someone, somewhere, may be happy.”

“The great artists of the world are never Puritans, and seldom even ordinarily respectable.”

“I believe in only one thing: liberty; but I do not believe in liberty enough to want to force it upon anyone.”

“Government today is growing too strong to be safe. There are no longer any citizens in the world there are only subjects. They work day in and day out for their masters they are bound to die for their masters at call. Out of this working and dying they tend to get less and less.”

“Love is like war: easy to begin but very hard to stop.”

“Injustice is relatively easy to bear; what stings is justice.”

“For every problem, there is a solution that is simple, neat, and wrong.”

“Truth would quickly cease to be stranger than fiction, once we got as used to it.”

“You can't do anything about the length of your life, but you can do something about its width and depth.”

From Egypt to Wisconsin, here's your problem.

God is a Republican, and Santa Claus is a Democrat.
Democracy is the theory that the common people know what they want and deserve to get it good and hard.
I believe that all government is evil, in that all government must necessarily make war on liberty,

and that the democratic government is at least as bad as any of the other forms.
The natural tendency of every government is to grow steadily worse

that is, to grow more satisfactory to those who constitute it and less satisfactory to those who support it.
The urge to save humanity is almost always only a false face for the urge to rule it.
You can't do anything about the length of your life, but you can do something about its width and depth.
You come into the world with nothing, and the purpose of your life is to make something out of nothing.
Conscience is the inner voice that warns us somebody may be looking.
Self-respect.  The secure feeling that no one, as yet, is suspicious.
To expect defeat is nine-tenths of defeat itself.

People will believe what they want to believe.
It is a sin to believe evil of others, but it is seldom a mistake.
The one permanent emotion of the inferior man is fear - fear of the unknown, the complex, the inexplicable.
What he wants above everything else is safety.
A fool who, after plain warning, persists in dosing himself with dangerous drugs should be free to do so, for his death is a benefit to the race in general.
The trouble with Communism is the Communists, just as the trouble with Christianity is the Christians.
The theory seems to be that as long as a man is a failure he is one of God's children, but that as soon as he succeeds he is taken over by the Devil.
There is only one honest impulse at the bottom of Puritanism, and that is the impulse to punish the man with a superior capacity for happiness.
Evangelical Christianity, as everyone knows, is founded upon hate, as the Christianity of Christ was founded upon love.
I believe that religion, generally speaking, has been a curse to mankind - that its modest and greatly overestimated services on the ethical side have been more than overcome by the damage it has done to clear and honest thinking.
Perhaps the most revolting character that the United States ever produced was the Christian business man.
There is something even more valuable to civilization than wisdom, and that is character.
I'm against

slavery simply because I dislike slaves.
It is hard to believe that a man is telling the truth when you know that you would lie if you were in his place.

History deals mainly with captains and kings, gods and prophets, exploiters and despoilers, not with useful men.
The men the American people admire most extravagantly are the most daring liars; the men they detest most violently are those who try to tell them the truth.
On one issue, at least, men and women agree:  they both distrust women.

Bachelors know more about women than married men; if they didn't they'd be married too.
A man may be a fool and not know it, but not if he is married.
If you want peace, work for justice.

Change is not progress.