Reading on a Sunday morning, as usual

is of of my very favorite sites.

To begin with, his biases align perfectly with my own, which of course causes me to think he's really, really smart.

I also thoroughly enjoy the poster art with which he decorates this fine site.

Anyway, the chart below links to a pretty simple discussion titled "Triffin's Dilema Reserve Currencies and Gold" by Walker Todd

which begins as follows:

Nearly 50 years ago, Yale University economist Robert Triffin identified the inevitable future deterioration of the dollar in his book, Gold and the Dollar Crisis: The Future of Convertibility (1960). Essentially, Triffin argued, under the Bretton Woods system in which the U.S. dollar was the world’s principal reserve currency (instead of gold, for example), the United States had to incur large trade deficits in order to provide the rest of the world with the liquidity required for functioning of the global trading system.

Unfortunately, Triffin wrote, U.S. trade deficits eventually would undermine the foreign exchange value of the dollar because foreign accounts would hold an increasing quantity of dollars. Restating Triffin's argument in contemporary terms, as the proportion of dollar claims held abroad versus U.S. gross domestic product (GDP) increases, the foreign exchange value of the dollar must decline if dollar interest rates do not increase at about the same rate as the foreign dollar claims. 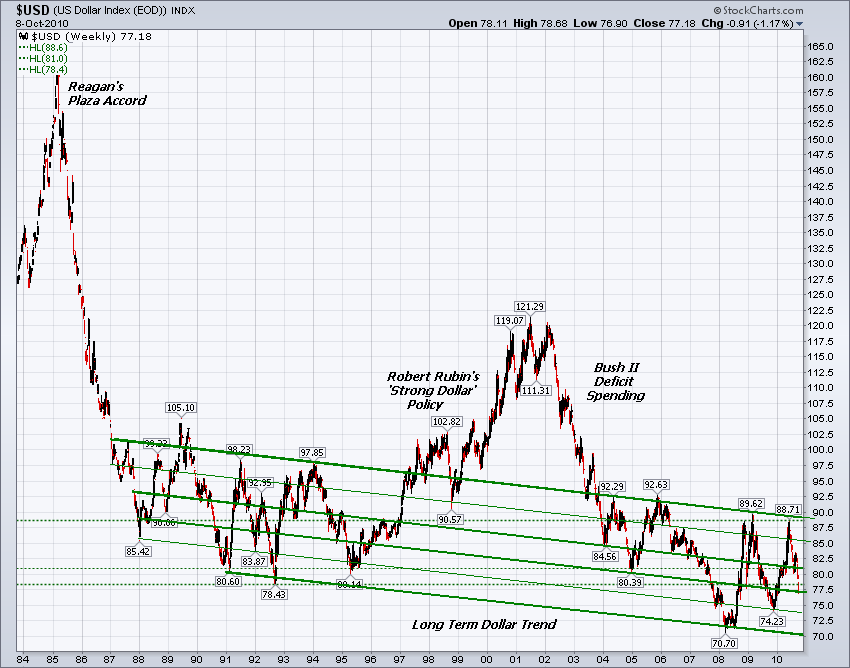 The article was originally posted at the

Jesse's provided a link at the top of his post to the entire Walker Todd piece.

Jesse has most of it with a cool chart.

AIG has all of it without the chart.

It's all good and not too tough to get your mind around.