Can you say, "Controlled demolition"?

We knew you could.

As expected, there was only one public comment on our September 11, 2001

Which of course is no surprise as how the hell can anyone possibly like anything having to do with such a gutless attack on innocent people.

Also as expected, my email account got real busy with video from our friends who suspect we aren't getting the whole truth about this thing, but are a little afraid to be labelled as nuts.

We have no such fears here as we cheerfully admit to being at best a little nuts, and we don't trust what our government has to say on any issue one inch further than we are able pick up the Washington Monument and throw it.

Which brings us to this particular post which we started well over a year ago, and left on the shelf as we explored those explanations offered at the many, many 9/11 conspiracy theory debunking sites that can be found all over the internet, the best of which we link to once again

The following is the series of videos that first caused us to muse as follows.

All right then, the video below is a compilation of footage from about every angle imaginable of the collapse of Building 7 of the World Trade Center.

At 46 seconds take note of the dark rectangle at the second and third stories from the top of Building 7 and the older brick and stone skinned structure in the lower right hand corner of the shot that enable you to clearly identify Building 7 and its location.

Now check out the video below where you are being told by the BBC of the collapse of Building 7, "the Salomon Brothers Building" as it is/was known.

Now, here's some footage from the ground.

I'll agree with anyone that this particular bit of footage isn't evidence of much, but to say "blow up" rather than "fall down" gets my attention.

Finally, you get this site.

It's my opinion that these guys probably aren't knuckleheads.

Thanks to Elizabeth K for pointing us at this whole thing.

To quote Voltaire on the anniversary of 9/11 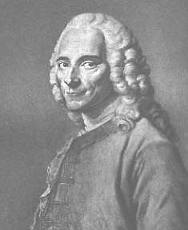 Here's the problem that faces not only the government of the United States, but every government everywhere in the world.

So many lies have been exposed and so much bad faith has been revealed that were the President of the United States to come out and announce that the sky is blue, a significant percentage of the population would walk out their front door just to check.

Which individuals of course would depend on whether it were a Democrat or a Republican President.

Here's a way cynical five minute presentation on the government's account of the events of September 11, 2001.

My strongly held opinion is that the report issued by the 9/11 Commission has absolutely nothing to do with what really happened on that terrible morning and that the real perpetrators are far more likely to be Mossad and the Saudis who are much friendlier than they will ever admit to being, along with some serious help from the very top of the international military industrial complex and some of our own

than it is to have been some rag tag band of Muslim cokeheads.

Once again thanks to our friend Ammericanu.

Who is Buzzy Krongard? 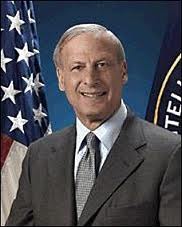 Alvin Bernard "Buzzy" Krongard[1] (more commonly "A.B.", born c. 1936) was the Executive Director of the Central Intelligence Agency. He was appointed by George Tenet on March 16, 2001.

The Executive Director is the third ranking position within the CIA and the incumbent functions essentially as the Chief Operating Officer of the Agency. For three years prior, Krongard had served as Counselor to the DCI.

who has some interesting history in his own right.

The reason we ask is as follows; from HistoryCommons.org's

complete 9/11 timeline which you should read, as it seems that half the world

traders all over Europe and the US, none of whom thought to mention it to the American people.

Suspicious trading occurs on the stock of American and United, the two airlines hijacked in the 9/11 attacks. “Between 6 and 7 September, the Chicago Board Options Exchange [sees] purchases of 4,744 put option contracts [a speculation that the stock will go down] in UAL versus 396 call options—where a speculator bets on a price rising.

Investigators cannot help but notice that no other airlines [see] such trading in their put options.” One analyst later says, “I saw put-call numbers higher than I’ve ever seen in ten years of following the markets, particularly the options markets.” [ASSOCIATED PRESS, 9/18/2001; SAN FRANCISCO CHRONICLE, 9/19/2001]

“To the embarrassment of investigators, it has also [learned] that the firm used to buy many of the ‘put’ options… on United Airlines stock was headed until 1998 by ‘Buzzy’ Krongard, now executive director of the CIA.” Krongard was chairman of Alex Brown Inc., which was bought by Deutsche Bank. “His last post before resigning to take his senior role in the CIA was to head Bankers Trust—Alex Brown’s private client business, dealing with the accounts and investments of wealthy customers around the world.” [INDEPENDENT, 10/14/2001]

The Chicago Board Options Exchange sees suspicious trading on Merrill Lynch and Morgan Stanley, two of the largest WTC tenants. In the first week of September, an average of 27 put option contracts in its shares are bought each day. Then the total for the three days before the attacks is 2,157. Merrill Lynch, another WTC tenant, see 12,215 put options bought between September 7-10, when the previous days had seen averages of 252 contracts a day. [INDEPENDENT, 10/14/2001]

Dylan Ratigan of Bloomberg Business News, speaking of the trading on Morgan Stanley and other companies, says, “This would be one of the most extraordinary coincidences in the history of mankind if it was a coincidence.” [ABC NEWS, 9/20/2001]

We take the liberty of cutting and pasting the following piece in it's entirety from WantToKnow.info

as all of the links offered as reference to this piece at the Washington Post no longer work.

Searching for A. B. "Buzzy" Krongard on the Washington Post site search engine generates this list which I believe includes the entire article from which the following excerpt was taken, sequestered behind the Washington Post's paywall.

Colorful Outsider Is Named No. 3 at the CIA

A.B. "Buzzy" Krongard, a ... former investment banker ... was named yesterday executive director of the CIA, bringing a fast-paced management style to the agency's No. 3 job. Central Intelligence Agency Director George J. Tenet announced the appointment, saying he treasures Krongard's "wise counsel and 'no-nonsense' business-like views." Krongard, 64, former head of Alex. Brown & Co., an investment bank based in Baltimore, joined the agency three years ago as a counselor to Tenet. He switched careers shortly after helping engineer the $2.5 billion merger of Alex. Brown and Bankers Trust New York Corp., gaining $71 million in Bankers Trust stock. Few of his former colleagues were surprised by his decision to trade a $4 million salary and stock options for the far less remunerative job of Tenet's consigliere. A graduate of Princeton and the University of Maryland Law School, Krongard has a fondness for extreme military-style activities. Even as a banking executive, he trained with police SWAT teams for recreation and worked out with a kung fu master. He maintained a shooting range on the park-like grounds of his home on the northern edge of Baltimore.

In an interview yesterday, Krongard described his past duties as those of a "minister without portfolio" whom senior managers felt comfortable talking to about "sticky subjects." But Krongard exhibited the requisite secretiveness when asked to explain his interest in intelligence and how he came to land a job in Tenet's inner circle. If you go back to the CIA's origins during World War II in the Office of Strategic Services, he explained, "the whole OSS was really nothing but Wall Street bankers and lawyers."

Buzzy Krongard was the executive director of the CIA on 9/11.

His past ties to the investment firm which placed most of the extraordinarily high volume of "put options" on United and American Airlines stocks the week before the attacks is one of many strange "coincidences" unexplained by the official story of what happened on that horrific day.

In light of the above, don't you think A.B. "Buzzy" Krongard should probably be a household name?

Among those sites/people promoting the notion that the attack on the world Trade Center and the Pentagon was a "false flag operations" or something other than an attack by "Islamic Extremists" we think that the people who made Zeitgeist do the best and certainly most entertaining job of making their case.

This vid is taken from the middle third of the movie and ends with the JFK speech that is frequently billed as "the speech that got Kennedy killed".

The entire Zeitgeist movie along with subsequent updates can be found here.

We've tried to watch the whole thing but can't watch the first third about Christianity as it's full of such nonsense that it is what caused us to go looking for the debunking sites concerning the attack of September 11, 2001 that we link to below.

The final third of the film begins after the JFK clip and is a discussion of the who, what, when and where of the "Illuminati" conspiracy theories that increasingly feel pretty right on to us.

Among those sites seeking to "debunk" the above our favorite is

The above gears link to their FAQ rather than their home page because first of all they suggest you start there and secondly that proved to be good advice.

Alex Jones is not crazy about these guys.