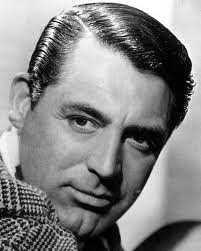 I knew this one was inevitable.

Among the opinions that I freely share with anyone willing to listen is the notion that there is next to nothing that separates the two candidates presesently running for the office of President of the United States.  Furthermore, if you look at the practices of their respective administrations there is next to nothing that distinguishes the administration of Barack Obama from that of George W. Bush and indeed very little that distinguishes either Bush administration from Bill Clinton's discounting the spectacular opportunities for policy adventures afforded the latter Bush by virtue of the wildly more succesful attack on the World Trade Center that occurred on his watch.

This notion frustrates Republican/conservative types to no end as they consider themselves to be the only grownups in the room and as such the only possible responsible viewpoint on any issue you might care to name, while at the same time infuriating Democrat/liberal/progressive types to near apoplexy as they view themselves to be the best possible people imaginable by virtue of their tender hearts and pure intentions all the while loathing with the deepest passion imaginable anyone who has the temerity to oppose them on any issue.

So anyway, I was at the soccer game the other day watching the youngest Roanboy command the midfield, when I chanced upon one of my Republican/conservative type friends who visits us here from time to time and is exasperated with me for refusing to support Mitt Romney.

Finally completely frustrated, he said to me, "Youre so f&#$%@^ smart, what would you do?"

"I'm Emperor?"  I ask, delighted at the prospect.

Then I rattle it off in about 18 seconds.

1. Break up the media near monopolies.  Allow for ownership/investment of only one media outlet, be it newspaper, televison station or radio station per state.

2. Break up the banks.  Bring back Glass Steagall word for word at minimum.  Better yet, legally segregate retail banking from investment banking from propriatery trading from brokerage from insurance from fee based research.

4. Disengage from all foreign entanglements including NATO and bring all of our troops home.

5. Establish term limits of 3 terms for Congress and two for the Senate.

6. Establish term limits of 25 years for all public employees.  Some time in the private sector would do most of them a world of good.

7. End the "War on Drugs".  Legalize it, tax it, use the money you save for treatment.

8. Close the Department of Homeland Security. Hold parties at airports all over the country and beat the shit out of their equipment with sledge hammers.  Make transportation companies responsible for their customer's security.

9-a. Establish a flat tax of 10% on every dime of income over twenty thousand dollars, regardless of source, regardless of the form (benefits are income) from every entity, while removing deductions for mortgage interest, state and local taxes, charitable contributions ..... everything.  End FICA

9-b. Remove depreciation and depletion allowances from corporate tax returns along with interest deductions, allow business entities to expense capital purchases along with business expenses in the year they occur on a cash in cash out basis.  Treat debt for purposes of acquiring capital purchases as income.  Get it?  You can expense capital improvements in the year they are acquired to the extent they are unleveraged.

10. Hire the nastiest prick I can find with some prosecutorial experience to hold a public investigation of the attack on the World Trade Center of September 11, 2001.  Give him every dime he asks for.  Hell, offer up a bonus for every conviction that results in a hanging ..... make it a big one.

"How's that just for starters?"  I asked, just as innocently as I am able.

He won't be back bothering me anytime soon.

No, that's not me in the picture although I used to look a lot like that ..... before the operation.