To quote Oscar Wilde over and over ... and over 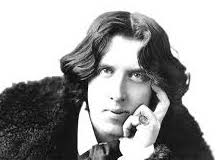 Seriousness is the only refuge of the shallow.

Some cause happiness wherever they go; others whenever they go.
A gentleman is one who never hurts anyone's feelings unintentionally.
The public have an insatiable curiosity to know everything, except what is worth knowing.
There are many things that we would throw away if we were not afraid that others might pick them up.
It is the confession, not the priest, that gives us absolution.
A thing is not necessarily true because a man dies for it.

A true friend stabs you in the front.
All women become like their mothers.  That is their tragedy.  No man does.  That's his.
Always forgive your enemies - nothing annoys them so much.
Biography lends to death a new terror.
Democracy means simply the bludgeoning of the people by the people for the people.
He has no enemies, but is intensely disliked by his friends.
Every saint has a past and every sinner has a future.

Bigamy is having one wife too many.  Monogamy is the same.

Experience is one thing you can't get for nothing.
Experience is simply the name we give our mistakes.
How can a woman be expected to be happy with a man who insists on treating her as if she were a perfectly normal human being.
I am not young enough to know everything.
Work is the curse of the drinking classes.

The truth is rarely pure and never simple.
I dislike arguments of any kind.  They are always vulgar, and often convincing.
I have the simplest of tastes.  I am always satisfied with the best.
I hope you have not been leading a double life, pretending to be wicked and being really good all the time.  That would be hypocrisy.
I sometimes think that God in creating man somewhat overestimated his ability.
If there was less sympathy in the world, there would be less trouble in the world.
If you are not too long, I will wait here for you all my life.
In all matters of opinion, our adversaries are insane.
Who, being loved, is poor?

Illusion is the first of all pleasures.

I put all my genius into my life;  I put only my talent into my works.
Of course America

had often been discovered before Columbus, but it had always been hushed up.

America is the only country that went from barbarism to decadence without civilization in between.
It is better to have a permanent income than to be fascinating.
It is perfectly monstrous the way people go about, nowadays, saying things against one behind one's back that are absolutely and entirely true.
It is what you read when you don't have to that determines what you will be when you can't help it.
Laughter is not at all a bad beginning for a friendship, and it is by far the best ending for one.
Life is never fair, and perhaps it is a good thing for most of us that it is not.
Only the shallow know themselves.
No man is rich enough to buy back his past.
Life is too important to be taken seriously.
The only way to get rid of temptation is to yield to it... I can resist everything but temptation.
Men always want to be a woman's first love - women like to be a man's last romance.
Moderation is a fatal thing.  Nothing succeeds like excess.
One should always be in love.  That is the reason one should never marry.
One should always play fairly when one has the winning cards.
One's past is what one is.  It is the only way by which people should be judged.
The cynic knows the price of everything and the value of nothing.

The only thing to do with good advice is to pass it on.  It is never of any use to oneself.
There are only two tragedies in life: one is not getting what one wants, and the other is getting it.
The difference between literature and journalism is that journalism is unreadable and literature is not read.
There is nothing in the world like the devotion of a married woman.  It is a thing no married man knows anything about.
There is only one thing in life worse than being talked about, and that is not being talked about.
Those whom the gods love grow young.
To lose one parent may be regarded as a misfortune; to lose both looks like carelessness.
We are all in the gutter, but some of us are looking at the stars.
When I was young I thought that money was the most important thing in life; now that I am old I know it is.
Woman begins by resisting a man's advances and ends by blocking his retreat.
Women are made to be loved, not understood.