Thought For The Day

Evidently, people still love Groucho Marx, and if you think about it, what's not to love.

Click the above quote for all the Groucho we got.

To quote Winston Churchill, yet again

The following is a letter from Paul R. Wisgerhof to the Wall Street Journal dated 9/7/2010.

If burning the Qu'ran is bad in the United States, how does that square with the banning of the Christian and Jewish Bibles in Saudi Arabia and much of the rest of the Islamic world?

At least we have copies of the Qu'ran to burn; hard to find bibles to burn in most of Islam.

However, that is the fate prescribed for them by Islamic law.

We rightly tolerate the practice of religion in this country.

That includes the pastor in Florida.

What we should not tolerate is an attempt to subvert and overthrow the U.S. Constitution and our government by a "religion" which preaches world totalitarianism.

To quote Benjamin Franklin, yet again

Below is a "Head and Shoulders" pattern nearing completion on the Weekly T-Bond chart.

I referenced this pattern and posted one of my charts a week or so ago titled,

"A Heads Up from R.E. MacMaster"

The chart below links to his site, unfortunately, he's stingy with the free stuff, and it ain't cheap. 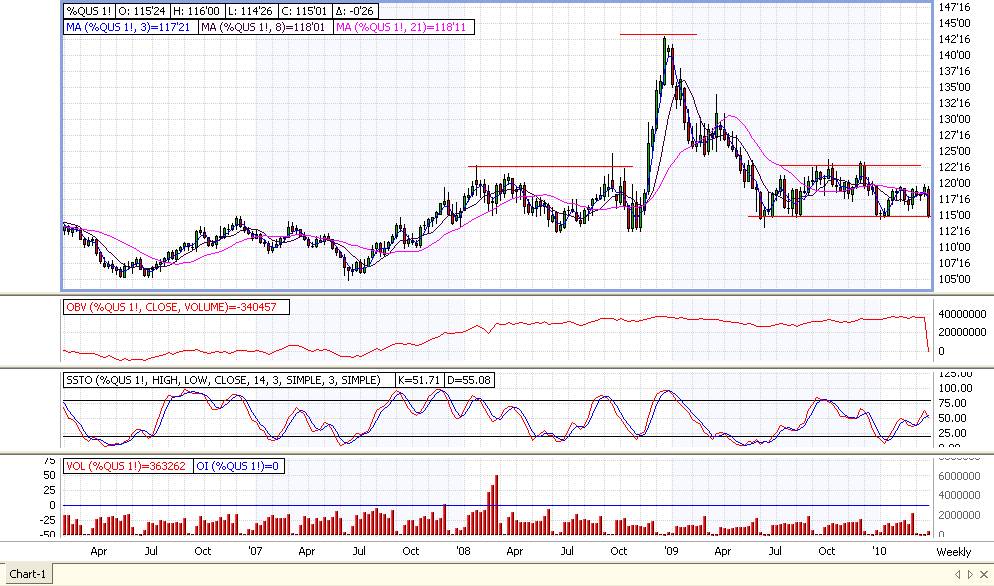 To quote Groucho, once again