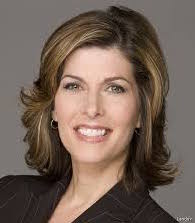 Sharyl Attkisson is an investigative journalist based in Washington D.C. and a correspondent for CBS News. In 2013, she received an Emmy Award for Outstanding Investigative Journalism for her reporting on “The Business of Congress,”  Attkisson also received a 2013 Daytime Emmy Award as part of the CBS Sunday Morning team’s entry for Outstanding Morning Program for her report: “Washington Lobbying: K-Street Behind Closed Doors.”

In September 2012, Attkisson also received an Emmy for Oustanding Investigative Journalism for the “Gunwalker: Fast and Furious” story. She received the RTNDA Edward R. Murrow Award for Excellence in Investigative Reporting for the same story.

Here is her 10 minute presentation given at a TED event where she blows up much about what you believe to be true about maybe everything you read and think to be research, everywhere.