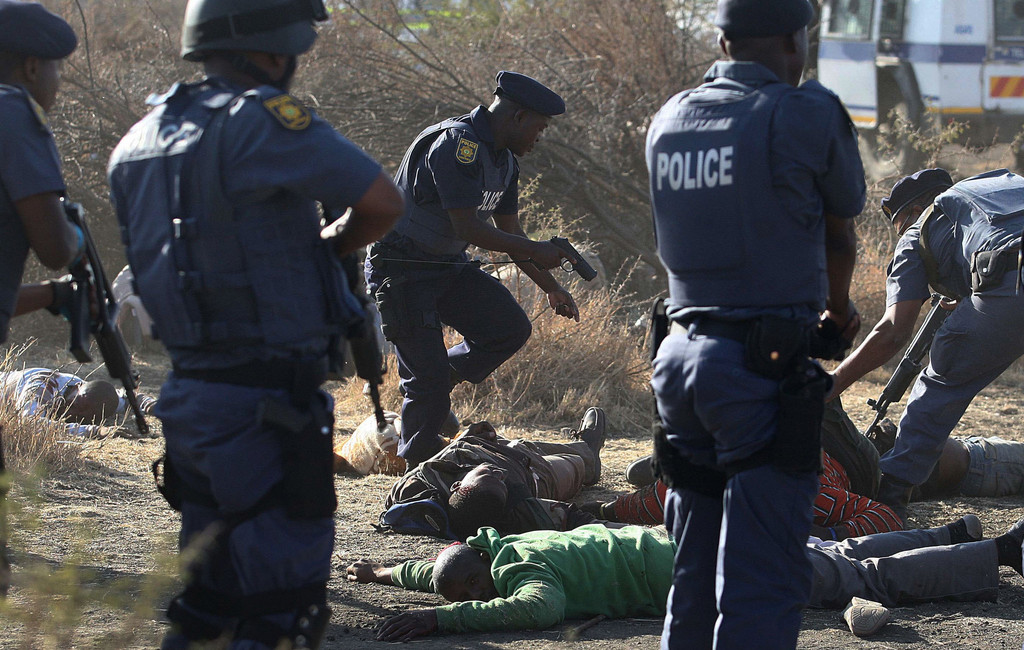 Our Labor Day post is very tough to watch.

This is the raw footage of South African police opening fire on striking/rioting (take your pick) Lonmin miners August 16, 2012.

270 miners who didn't happen to have been shot dead by the Police were subsequently charged with murder.

Those charges have now been dropped

Can we even begin to imagine the desperation that would drive people armed only with hatchets and clubs to attack a line of police armed to the teeth with automatic weapons?

Coming to a township near you.

We've an update from the BBC Africa.

The mine is partly

Of course it is.