London basements are getting bigger

From Oliver Wainwright at the Guardian UK

As always, click on the little gears above or the illustration below for the complete piece.

A new billionaires' craze for building elaborate subterranean extensions is making swiss cheese of London's poshest streets – but at what cost? 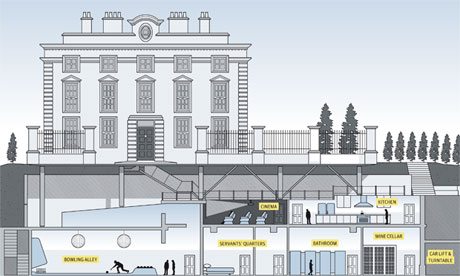 Some 'iceberg houses' add underground extension that triples the size of the property.  Illustration: Ben Hasler

Walking around the stuccoed streets of Kensington and Chelsea today, you are in for a surreal sight. The marching rows of doric columns, pedimented porticoes and dentilled cornices that define these imposing ranks of wedding-cake mansions have been joined by an unlikely addition to the classical architectural vocabulary.

Poking up at regular intervals, thrusting outwards from their moulded openings as if performing a salute to passers-by, are lines of angled conveyor belts. Slowly rumbling away, they reach high above the trees, pouring a continuous stream of rubble into the cradles of awaiting skips. You would be forgiven for thinking that the residents of the royal borough have established a kind of coal-mining cottage industry. Or maybe they're digging for gold?

"It is an absolute disgrace," says one elderly resident, out walking her freshly coiffed miniature poodle in between the rows of hoarded-off skips. "It feels like they've turned Kensington into a war zone."

The reason for all this quarrying is not the discovery of a coal-rich seam beneath the Wrenaissance streets, but the local enthusiasm for subterranean development. Over the past four years, this local authority alone has granted planning applications for more than 800 basement extensions, refused 90, and has a further 20 outstanding. It is the most densely populated borough in the country, with no room to build outwards, and no permission to build upwards – so the only way is down. 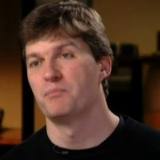