Keep to the Code

Reuters News Service, the best story of the week. 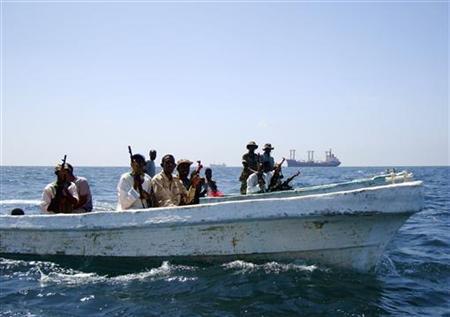 (Reuters) - Somali militants have detained a number of pirate bosses in the coastal town of Haradhere after negotiations over the rebels' cut of a ransom payout collapsed, pirates and local residents said on Thursday.

Pirate sources said they had come to close to sealing a multi-million dollar ransom deal for the release of two vessels earlier this week before their refusal to give al Shabaab insurgents a 20 percent cut scuppered the talks.

"Al Shabaab arrested four of our ringleaders today after we rejected their demands for 20 percent of the ransom payment," a pirate who identified himself as Ali told Reuters by telephone from Haradhere.