If you're a Detroiter of a certain age, the MC5 is a part of you that just ain't gonna wash out. 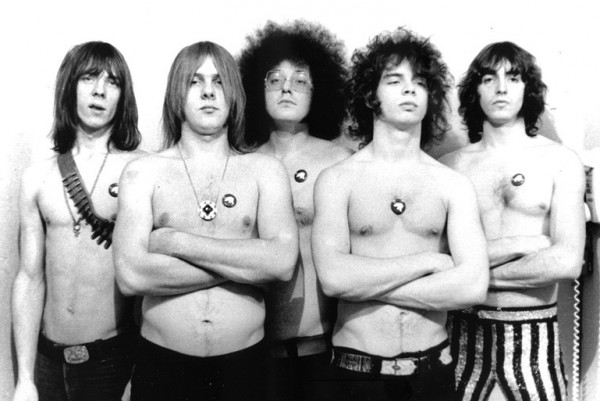 Arguably the first ever punk band, 10 years before punk was even identified as a thing, the MC5 invented riffs, moves and attitude which are nowadays de riguor for rock and roll bands the world over.

In light of recent events and building tensions in Detroit and Cyprus, not to mention still fresh memories in Egypt, Greece and Spain, here is Rob Tyner on vocals, Wayne Kramer and Fred "Sonic" Smith on guitars, Michael Davis on the bass guitar and Dennis Thompson on the drums in what was for them a very reserved performance in 1972 for the televison show Beat Club.

From Lincoln Park, Michigan this is the MC5 covering John Lee Hooker's account of the

still fresh in my mind, I told my mother that I was going to The Beach to play some basketball and then meet up with some friends for a boat ride.

Instead, I picked up Donny W. and drove downtown to Tartar Field on the campus of Wayne State University to see The Früt, Savage Grace (soon to be better known as Rare Earth), Commander Cody and His Lost Planet Airmen and the MC5 at the WABX free concert.

If you look real close that's me all the way over to the right, the scrawny little guy with the straight hair and goofy glasses ..... rockin' hard.

Just kidding, you can't see me ..... I know because I've been looking.

Anyway, this is Wayne Kramer, who on that day I thought to be the single coolest guy on earth, taking his star turn on Ramblin Rose.

You know the rest.

Fooled ya, we went for the John Sinclair produced, clean version.

Here's the way it went at Tartar field.

I post this despite the annoying advertising running through only because Wayne Kramer gets guitar face on the opening chords.

Rest in peace, Rob Tyner, Fred "Sonic" Smith, Michael Davis and John Sinclair .... we could use some guys like you around here just about now.