The Cardinal Cross of 2010 continues

The reds thicken as the planets cluster in squares and opposition. 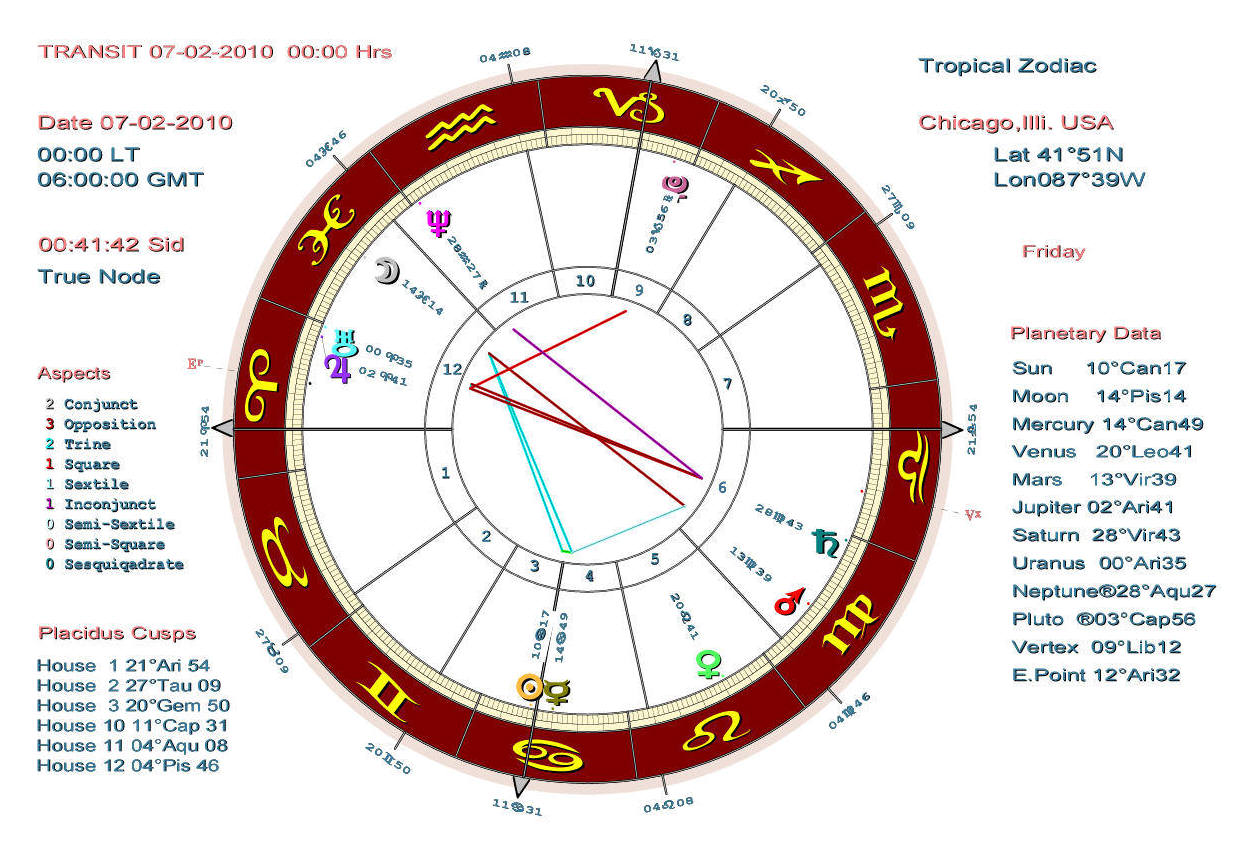 On July 23, 2010 the Moon plays nice with Neptune, while Uranus and Jupiter spend some quality time with the Sun who continues to make nice with Mars (still a good thing).

By July 27, 2010 much of the niceness is tapering off, leaving lots af opposition, friction, exciting and little else.

Until on August 6, 2010 all niceness disappears again as Uranus and Jupiter stand together in opposition with Venus, Saturn and Mars (never a good thing).

Until on August 7, 2010 the formation becomes complete as the Moon and Pluto also oppose each other while squaring everyone else.

It's Cardinal because of a bunch of stuff I don't have the energy to go into right now, but you can trust me on this one.

To quote Fred Fenster once again,

There remains much opposition and friction until the end of August.

Feel free to think me nuts.

Short something else if you have the cajones.