This one has been bouncing around for the past couple of days, this particular version of the story is from The Guardian.

Our favorite part comes in the last paragraph.

As an aside, Ms. Lagarde swore that she was intent on adopting her own personal austerity budget immediately upon receipt of her new Wolf Systems Solar Storm 32S.

As always click on the photo for the entire story.

IMF boss who caused international outrage when she suggested that Greeks should pay their taxes earns a tax-free salary. 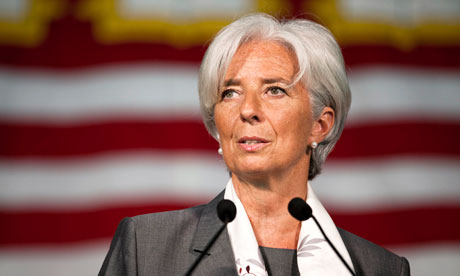 IMF managing director Christine Lagarde. Photograph: Dominick Reuter/Reuters
Christine Lagarde, the IMF boss who caused international outrage after she suggested in an interview with the Guardian on Friday that beleaguered Greeks might do well to pay their taxes, pays no taxes, it has emerged.

The former French finance minister took over as managing director of the IMF last year when she succeeded her disgraced compatriot Dominique Strauss-Kahn, who was forced to resign after he faced charges – later dropped – of sexually attacking a New York hotel maid.

Lagarde, 56, receives a pay and benefits package worth more than American president Barack Obama earns from the United States government, and he pays taxes on it.

The same applies to nearly all United Nations employees – article 34 of the Vienna convention on diplomatic relations of 1961, which has been signed by 187 states, declares: "A diplomatic agent shall be exempt from all dues and taxes, personal or real, national, regional or municipal."

Where exactly does one go to sign up for a U.N. gig?