This story is everywhere and has been for the past 18 hours.

Of the reporting/analysis out there we thought this was the best and most pointed effort.

From the Mark Tapscott at the Washinton Examinor.

The gears above or the photo below will link you up.

Issa report exposes the wink and nudge of 'congressional ethics' 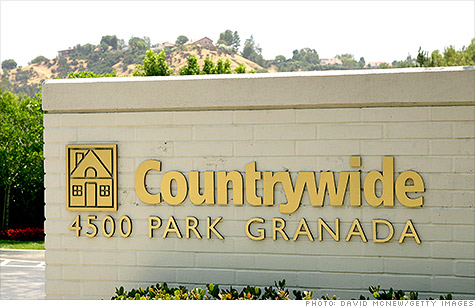 An investigation by the House Committee on Oversight and Government Reform demonstrates why the House and Senate Ethics committees are as useless as the proverbial screen door on a submarine.

The oversight committee -- which is chaired by Rep. Darrell Issa, R-Calif. -- reviewed more than 120,000 documents and interviewed legions of witnesses during its three-year probe of how Angelo Mozilo's Countrywide Mortgage gained sufficient influence to block reforms that could have prevented or significantly lessened the Great Recession of 2008.

The committee estimates that more than 17,000 special mortgages were issued via Mozilo's "Friends of Angelo" VIP program at Countrywide between 1996 and 2008. Among the many recipients, two stand out in the Issa report.

Sen. Chris Dodd, the Connecticut Democrat who chaired the powerful Senate Committee on Banking, Housing and Urban Affairs, initially claimed not to know about his preferential treatment. He was cleared by the Senate Select Committee on Ethics in August 2009, but he then retired in 2010 after the public learned how close a friend of Angelo he had been. Dodd received waivers of all fees on two mortgages whose combined worth was nearly $800,000.

The Issa panel says Dodd must have known more than he has let on so far, because he also "referred Mary Jane Collipriest, communications director for Senator Robert Bennett, to the VIP unit when she refinanced her mortgage in 2002. Countrywide waived processing and junk fees for Collipriest." ("Junk fees" is a trade term for assorted upfront lender charges.)

Collipriest's immediate boss was then the second-ranking Republican on the banking committee. She became Bennett's chief of staff in 2006.

Dodd helped launch the bailout mania that seized Washington in 2008. The Issa report said "on June 17, 2008, the same day he acknowledged for the first time that he was a Countrywide VIP customer, Dodd announced that he was bringing to the Senate floor a housing bailout to help Countrywide and other struggling subprime lenders.

"Dodd's plan, known as the Dodd-Shelby bill, allowed mortgage lenders to dump up to $300 billion of their worst loans on to taxpayers via a new Federal Housing Administration refinancing program."

The Issa report notes that shortly thereafter, this newspaper "obtained a 'confidential and proprietary' document" that made clear the bailout section of Dodd's measure was exactly what Countrywide wanted.