One hundred years ago this weekend, the most destructive storm in their recorded history struck the Great Lakes. 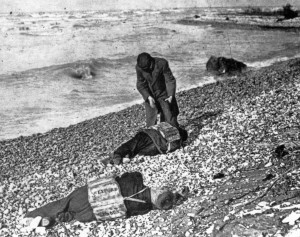 Twelve ships went down with all hands, eight on Lake Huron as over 250 men were lost.

Waves reached thirty six feet as winds in excess of eighty miles and hour were recorded.

Sustained winds of over sixty miles per hour raged throughout the Great Lakes Region for over sixteen hours.

Click on the photo above for a nicely done story on this tragedy from The Detroit News.

The Great Storm 1913 from Andy Morrison on Vimeo.