To quote Joseph Stalin over and over and ... 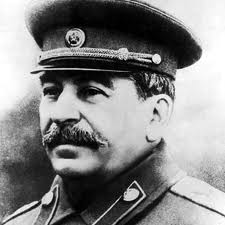 “In the Soviet army it takes more courage to retreat than advance.”

“A single death is a tragedy; a million deaths is a statistic.”

“Those who cast their vote decide nothing. Those who count the votes decide everything.”

“The only real power comes out of a long rifle.”

Ideas are far more powerful than guns. We don't let our people have guns. Why should we let them have ideas?”

“Death is the solution to all problems. No man - no problem.”

“The Pope! How many divisions has he got?”

“Quantity has a quality all its own.”