Apologies for the lack of posting lately.

My excuse is that I really hate my present office and keep playing at making it more workable rather than posting.

Which is sort of true.

Mostly I'm just a little tired of the relentless stupidity that surrounds us and having completed my reading, I sigh and head upstairs to see if I can get the little wiffer to put out.

So anyway and since we were already on the subject.

From The Mail Online, via Leari P. first and then about a dozen more of you .

As always click on the photo for the entire piece.

Wealthy Indian spends £14,000 on a shirt made of GOLD to impress the ladies (and if nothing else it means less ironing for them!)

Shirt took a team of 15 goldsmiths two weeks to construct 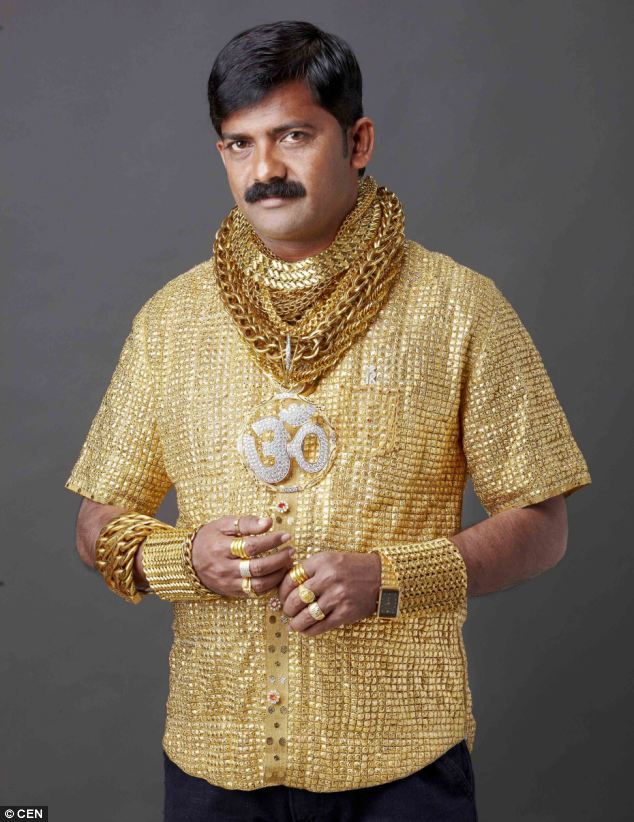 It is often said that money can't buy love.

But trying telling that to a wealthy Indian man who splashed out £14,000 (that's about $25,000 for the conversion challenged among us) on a solid gold shirt in the hope it will attract female attention.

Money-lender Datta Phuge 32, from Pimpri-Chinchwad, commissioned the shirt which took a team of 15 goldsmiths two weeks to make working 16 hours a day creating and weaving the gold threads.

I'm thinking her lawyer is gonna just love this shirt.