The Hated and the Hunted 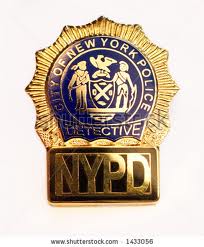 On June 3, 2011, three plainclothes New York City Police officers stopped a Harlem teenager named Alvin and two of the officers questioned and frisked him while the third remained in their unmarked car. Alvin secretly captured the interaction on his cell phone, and the resulting audio is one of the only known recordings of stop-and-frisk in action.

In the course of the two-minute recording, the officers give no legally valid reason for the stop, use racially charged language and threaten Alvin with violence. Early in the stop, one of the officers asks, “You want me to smack you?” When Alvin asks why he is being threatened with arrest, the other officer responds, “For being a fucking mutt.” Later in the stop, while holding Alvin’s arm behind his back, the first officer says, “Dude, I’m gonna break your fuckin’ arm, then I’m gonna punch you in the fuckin’ face.”