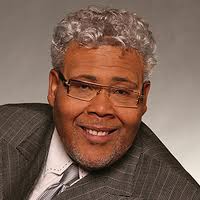 Anyway, the first time I saw the Wattstax movie, I thought that the Rance Allen Group had the best day out of all of them in a show that featured among others, the Staple Singers, Eddy Floyd, Isacc Hayes, William Bell, Johnny Taylor, Albert King, The Bar-Kays and really the entire Stax-Volt stable of artists.

Wattstax  was held in the Los Angeles Memorial coliseum on August 20, 1972, it was intended to commemorate the seventh anniversary of the Watts riots and was/is widely thought of as "The Black Woodstock".

In order to insure that the people of Watts could attend, the price of a ticket was one dollar.

This is Rance Allen on guitar and vocals, his brothers Steve on the bass guitar and Thomas on the drums.

Lying on the Truth.

And then, just in case you like your gospel with a touch of the funk, flash forward some three plus decades and here they are again, Rance, Steve and Thomas Allen along with someone I'm thinking is Chris Byrd but can't get a good enough look at to be confident about it, live at the Stellar Awards.

Ahhhh, the power of the One!