Whoa! Was that a mosquito or a drone?

A team of researchers at Johns Hopkins University is helping to develop a micro aerial vehicle (MAV for short) that will be no bigger than a bug. 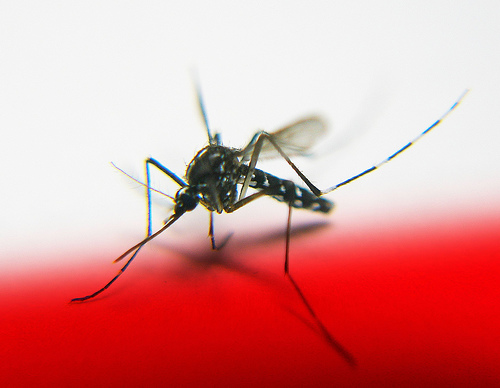 So, What Good is a Micro Aerial Vehicle?

An MAV would be used for military reconnaissance operations in urban areas, where densely packed buildings and unpredictable winds create unique challenges for a small flying device – no surprise here, since the Hopkins research is partly funded by the U.S. Air Force Office of Scientific Research.

Secret of the Hopkins MAV

Student researchers Tras Lin and Lingxiao Zheng are spearheading the Johns Hopkins contribution to MAV research, using high-speed video cameras to analyze the way a butterfly’s body moves in flight. The advanced cameras enabled the researchers to separate one-fifth of a second of movement into 600 frames. According to Lin, the breakdown shows that the insect’s body in flight shares some characteristics with the body movements of figure skaters, who use their arm position to modify their speed while spinning.

According to Phil Sneiderman of Johns Hopkins, the key discovery so far has been to recognize that changes in the distribution of the insect’s body mass play an important role in its ability to perform intricate maneuvers while flapping its wings. Previous research into flight dynamics had overlooked this area of study and focused primarily on wing movements.

Look Out! More MAV’s on the Way

If something rings a bell about this project, you may recall that last year DARPA, the Defense Advanced Research Projects Agency, released photos of the Hummingbird, a tiny, ultra lightweight remote-controlled flying vehicle designed to resemble an actual hummingbird. The Hummingbird was designed specifically to let troops in urban combat to get a look around corners and inside buildings.