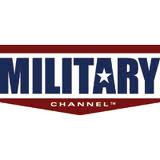 Having posted Faultline's story about US Military robots the other day, we received a slew of stuff on robots of all types.  Almost all the sources for military robots led to The Military Channel.

The following is taken from their discussion on the about a dozen or so different robots/drones presently deployed by the US military. 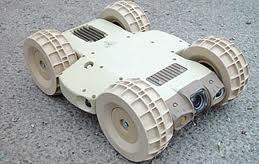 The U.S. Marines deployed a dozen Dragon Runners to Iraq a year ago.  Developed by Carnegie Mellon Robotics Institute and the United States Marine Corps Warfighting Laboratory (MCWL) in Quantico, Va., the Dragon Runner is a small, lightweight, portable mobile reconnaissance/scout robot (or "bot"). At 15.5 inches long, 11.25 inches wide and 5 inches high, it is a tough low-lying/low-observable ground sensor.

It's designed to withstand being tossed over walls, chucked out of windows, and heaved over stairs, and then sent on its way, looking for bad guys.

A nonactive, invertible suspension and durable overall construction allow Dragon Runner to withstand a whole lot of physical abuse and continue to operate no matter how it lands.

According to Capt. Dave Moreau, project officer for Dragon Runner at the MCWL, "there's no right side up"; just throw it off the back of a moving vehicle and it‘s on its way. Dragon Runner is outfitted with a small video camera, an audio microphone, infrared illuminators (for night operations) and infrared sensors (for obstacle avoidance).