The Top 12 Reasons to Hate the Mortgage Settlement

You probably should just stay away from this post unless you're already crabby.

Naked Capitalism for the last eight.

Here are the top twelve reasons why this deal stinks: 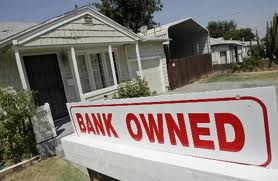 1. We’ve now set a price for forgeries and fabricating documents. It’s $2000 per loan. This is a rounding error compared to the chain of title problem these systematic practices were designed to circumvent. The cost is also trivial in comparison to the average loan, which is roughly $180k, so the settlement represents about 1% of loan balances. It is less than the price of the title insurance that banks failed to get when they transferred the loans to the trust. It is a fraction of the cost of the legal expenses when foreclosures are challenged. It’s a great deal for the banks because no one is at any of the servicers going to jail for forgery and the banks have set the upper bound of the cost of riding roughshod over 300 years of real estate law.

2. That $26 billion is actually $5 billion of bank money and the rest is your money. The mortgage principal writedowns are guaranteed to come almost entirely from securitized loans, which means from investors, which in turn means taxpayers via Fannie and Freddie, pension funds, insurers, and 401 (k)s. Refis of performing loans also reduce income to those very same investors.

3. That $5 billion divided among the big banks wouldn’t even represent a significant quarterly hit. Freddie and Fannie putbacks to the major banks have been running at that level each quarter.

4. That $20 billion actually makes bank second liens sounder, so this deal is a stealth bailout that strengthens bank balance sheets at the expense of the broader public.

I've checked none of this yet as I have plenty of stuff in front of this to make me crabby enough already, but I will.