As usual, clicking on the map will take you to the entire piece.

In 2005, the United Nations Environment Programme predicted that climate change would create 50 million climate refugees by 2010. These people, it was said, would flee a range of disasters including sea level rise, increases in the numbers and severity of hurricanes, and disruption to food production.

The UNEP even provided a handy map. The map shows us the places most at risk including the very sensitive low lying islands of the Pacific and Caribbean. 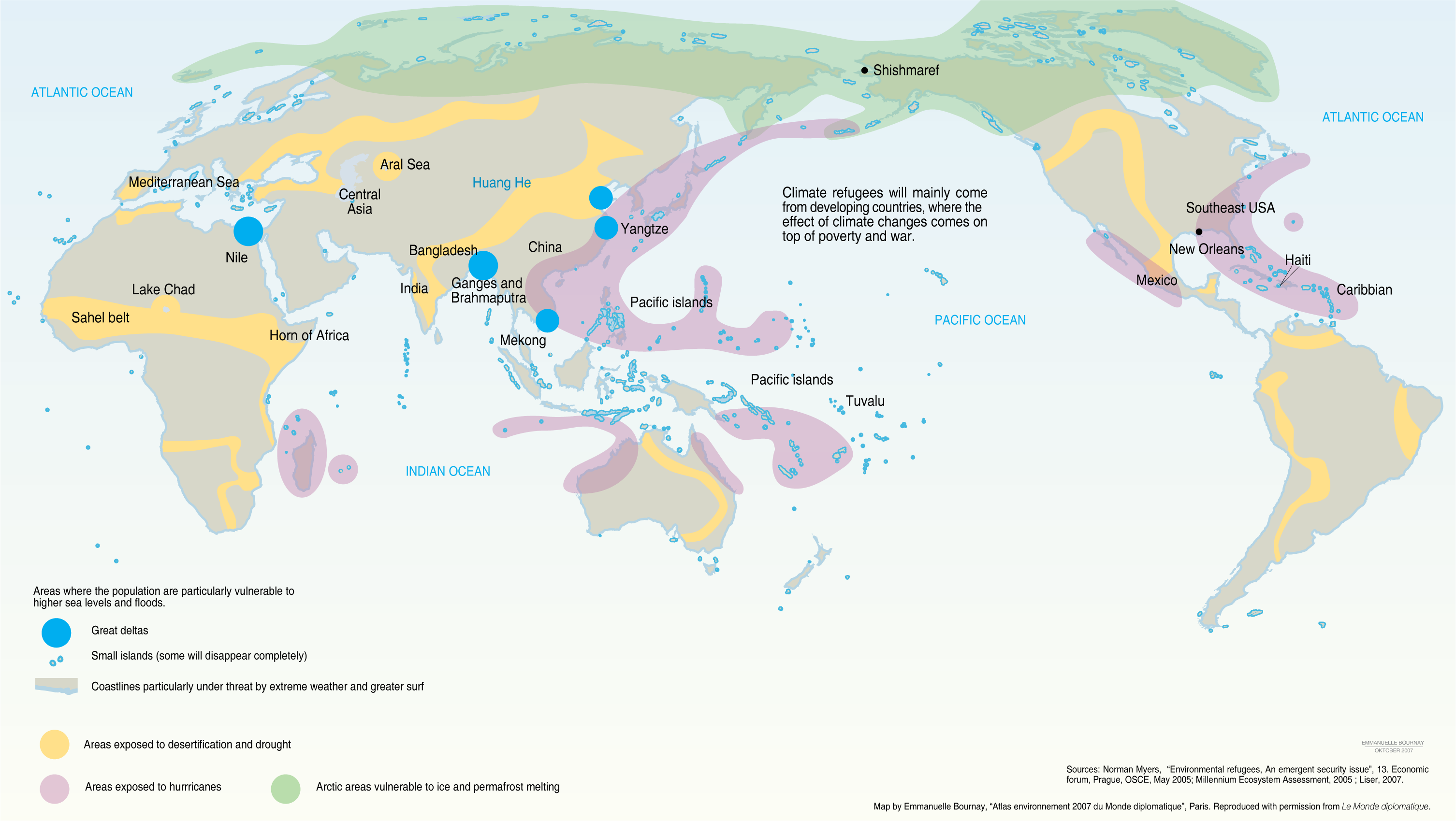 It so happens that just a few of these islands and other places most at risk have since had censuses, so it should be possible for us now to get some idea of the devastating impact climate change is having on their populations. Let’s have a look at the evidence:

Nassau, The Bahamas – The 2010 national statistics recorded that the population growth increased to 353,658 persons in The Bahamas.  The population change figure increased by 50,047 persons during the last 10 years.

The latest Solomon Islands population has surpassed half a million – that’s according to the latest census results.

It’s been a decade since the last census report, and in that time the population has leaped 100-thousand.

That's when it gets interesting.

Even though by rights, the story belongs to Mr. Atkins, we'll let

Anthony Watts of Watts Up With That

and The Daily Caller

The UN ‘disappears’ 50 million climate refugees, then botches the cover-up

Oh boy, government idiocy at its finest. Not only is the original claim bogus, the attempts to disappear it are hilariously inept. Apparently, they’ve never heard of Google Cache at the UN. Rather than simply saying “we were wrong,” they’ve now brought even more distrust onto the UN.

Back on April 11th, Gavin Atkins of Asian Correspondent asked this simple question: What happened to the climate refugees?

It is a valid question, and he backs it up with census numbers.

After Asian Correspondent posted the story on April 11th, it was picked up by news outlets around the world, such as Investor News and American Spectator, and was referred to in yesterday’s Australian newspaper and even got a mention on Fox News.

Since that story appeared, the “handy map” Atkins cites in his original story seems to be gone down the memory hole. This is what you get now; note my yellow highlight: 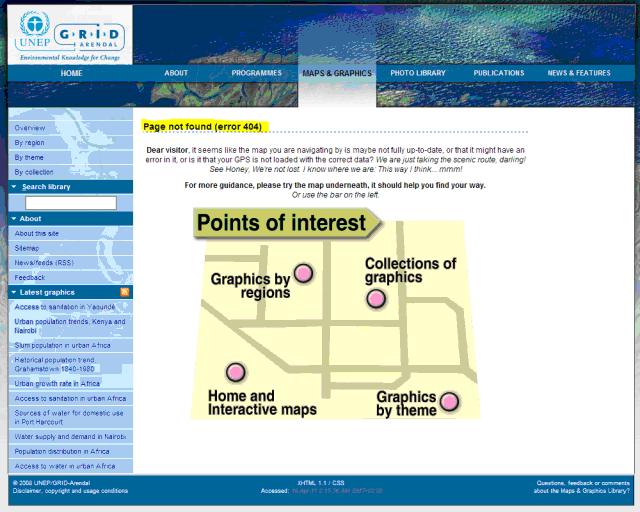 Only one small problem there, UN people: a little annoyance called Google Cache, which has that page archived.

Google Cache pulls up the page that had been removed, with the “50 million refugees” title, but the map is missing.

Fear not, dear readers, because as astoundingly smart as those UN people think they are, they forgot one very important yet tiny detail. The map links to a hi-resolution version of the “climate refugee map,” and if you delete the page above and the map it contains, you also have to delete the hi-res image it links to.

I’m always happy to help the UN in times of “need,” so I’ve recovered it and saved it, because that image link is likely to go down the memory hole on Monday.

And there you have it, folks, another bogus climate claim rubbished by reality, followed by an inept cover-up attempt.

Thanks to the reality of census numbers, followed by the UN’s handling of this, we can now safely say that the claim of “climate refugees” is total fantasy. Be sure to leave comments on any website that makes this claim, and link to this and the Asian Correspondent website.

Kudos to Gavin Atkins for asking this simple question after six years of this fantasy being used to push an agenda.

I think that just about covers it.

Except for just one more thing.