From the Christian Science Monitor.

The photo links to the story, the story links to some outstanding photography and easy science.

Missed Tuesday's northern lights show? Another is on its way.

For folks along the northern rim of the US, a second chance to see the northern lights will come when another solar outburst hits Earth Wednesday or Thursday. 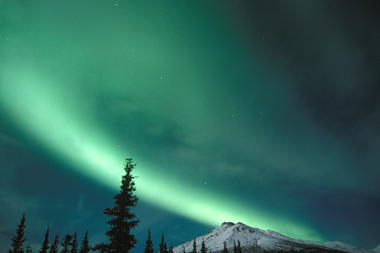 If you're still in the hunt for aurora borealis, the outbursts of hot, ionized gas

the sun sent toward Earth on Sunday may just keep on giving.