The next time anyone is inclined to sneer at the basics as "traditional," I suggest he or she visit with a 12th -or even a sixth-grader who can barely read, write or compute and look at the pain and frustration on that student's face.

We've got a lemon factory and we're turning out 80-85 percent lemons.

It's time to admit that public education operates like a planned economy, a bureaucratic system in which everybody's role is spelled out in advance and there are few incentives for innovation and productivity. It's no surprise that our school system doesn't improve; it more resembles the communist economy than our own market economy.

To the extent that what we have is indeed a "market economy".

To quote Albert Shanker, former, longtime President of the United Federation of Teachers 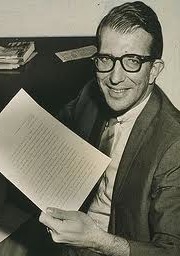 What on earth are these guys thinking?

Even if they have it right under the terms of the contract, politically they have to be flaming morons.

As always, click the photo for the entire piece. 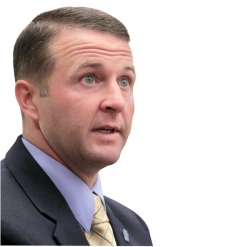 The Scranton police union has filed an unfair labor practice complaint against the city for an off-duty drug arrest made by Police Chief Dan Duffy in March.

The complaint, which was filed with the state Labor Relations Board on April 14, takes issue with the chief arresting a man who was allegedly in possession of marijuana because the chief is not a member of the collective bargaining unit and was "off duty" when the March 20 arrest was made.

"I think it's absurd. I'm not going to turn my head on crime that takes place," Chief Duffy said. "I took the same oath (as a police officer) that everyone else took.

"On my day off and I'm driving around as the police chief, and that's wrong?" he asked.

The complaint states that "the work of apprehending and arresting individuals has been the sole and exclusive province of members of the bargaining unit," and that the city did not inform or negotiate with the union that the chief would be "performing bargaining unit work."

Because of this, the union says the city violated the state Labor Relations Act and the Policemen and Firemen Collective Bargaining Act.

The two charts and excepts below link to a brief report from Josh Barro of the Manhattan Institute for Policy Research titled,

The problem:  During the recession, public employees have continued to see strong wage growth, well ahead of the private sector.

From the first quarter of 2007 through the last quarter of 2009, the average value of hourly compensation (wages plus benefits) rose by 9.8 percent for employees of state and local governments, compared to 6.9 percent in the private sector.[2]

What should be done?

States and localities should take the following steps to get employee compensation under control:

Governments should freeze employee compensation at least until public-employee wages have returned to levels matching the private sector trend.

They should take this action when negotiating new public-employee contracts.

In some states, governments may have powers to freeze pay even in the middle of an existing contract.

Such laws should be repealed or reformed to properly take into account private-sector wage trends and the ability of governments to pay wage increases.

Unfortunately, the trend reverted to form in the fourth quarter, with public-employee compensation again rising faster than private sector pay.

Getting budgets under control will require state and local lawmakers to put taxpayer interests ahead of the interests of public-employee unions.