Congressman Dennis Kucinich has a question.

Evidently there are Al Queda flags flying atop public buildings all over Libya.

This has raised a question in the mind of Congressman Dennis Kucinich worthy of your consideration. 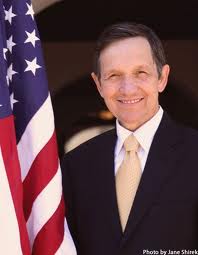 At least we prevented that

From the Cleveland Plain Dealer.

By: Sabrina Eaton, The Plain Dealer 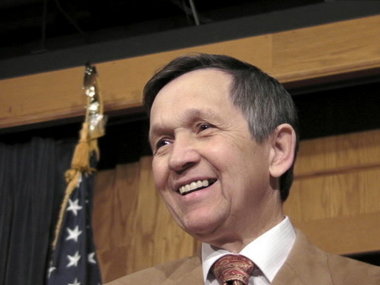 WASHINGTON, D.C. - Rep. Dennis Kucinich has rapped a U.S. House of Representatives cafeteria with a $150,000 lawsuit for selling him a vegetarian sandwich wrap in 2008 that he says caused dental damage when he bit into an olive pit.

The lawsuit that the Cleveland Democrat filed Jan. 3 against operators and suppliers of the Longworth House Office Building cafeteria says the sandwich he bought there "on or about" April 17, 2008 "contained dangerous substances, namely an olive pit, that a consumer would not reasonably expect to find in the final product served."

Biting into it caused serious "permanent dental and oral injuries requiring multiple surgical and dental procedures," the legal documents say. They contend the congressman is entitled to damages for future dental and medical expenses and to compensate him for pain, suffering, and loss of enjoyment.