Do ya think they're trying to tell us something?

Just trying to be honest about it.

A massive Euro sculpture was dismantled and removed from the Frankfurt International Airport in Germany Thursday.

The sculpture is an exact copy of the one standing in front of the European Central Bank (ECB) in downtown Frankfurt and was made after a design by German artist Ottmar Hoerl.

The 15m high blue and yellow sculpture stood in front of the terminal for 11 years.

The official explanation is ‘the plastic parts are getting weak and the terminal needed the space‘.

Does € sculpture’s removal from the Frankfurt Airport indicate Germany is preparing for a surprise return to the Deutsche Mark? 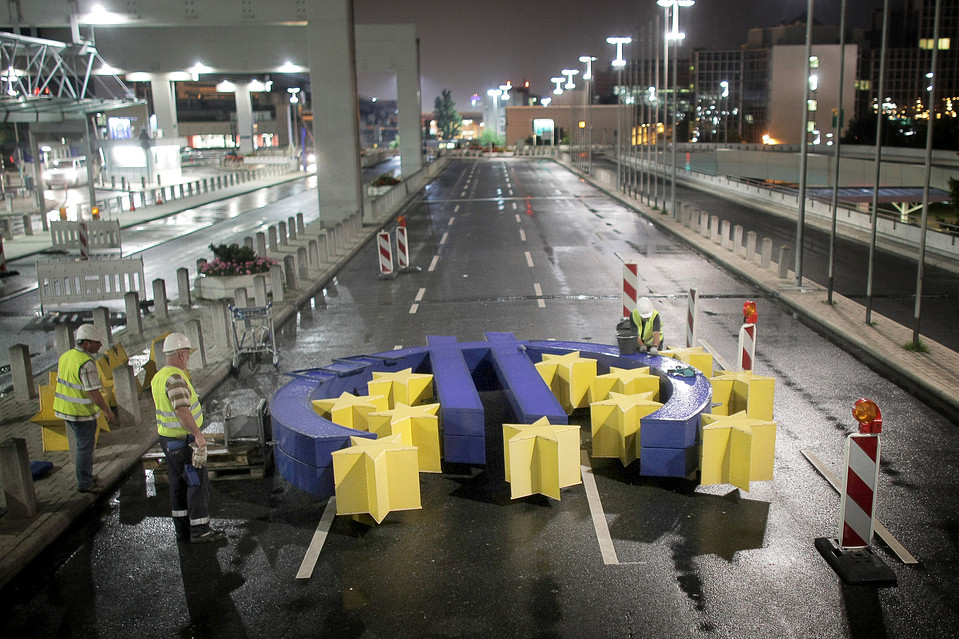 German workers dismantle a Euro sculpture in front of a terminal at the Frankfurt International Airport yesterday.