Maybe the Central Bankers really are running this thing

Thanks to our good friend David Michaels

for sending us this thought provoking article from Ellen Brown

As always, click on the photo to link up to the entire piece.

Our highest recommendation for bringing up a point we would have never thought up.

Libya all about oil, or central banking?

Several writers have noted the odd fact that the Libyan rebels took time out from their rebellion in March to create their own centralbank - this before they even had a government. Robert Wenzel wrote in the Economic Policy Journal:

I have never before heard of a central bank being created in just a matter of weeks out of a popular uprising. This suggests we have a bit more than a rag tag bunch of rebels running around and that there are some pretty sophisticated influences. 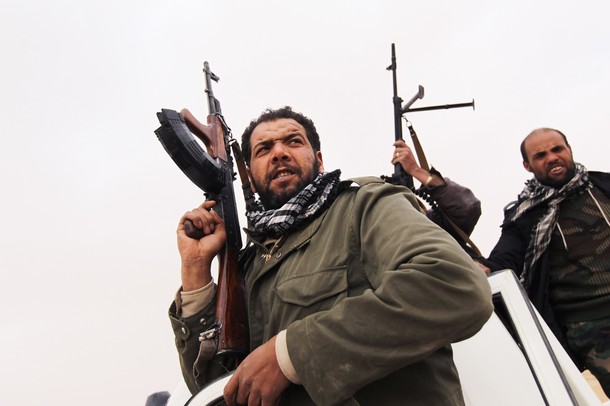 Another provocative bit of data circulating on the Net is a 2007 "Democracy Now" interview of US General Wesley Clark (Ret). In it he says that about 10 days after September 11, 2001, he was told by a general that the decision had been made to go to war with Iraq. Clark was surprised and asked why. "I don't know!" was the response. "I guess they don't know what else to do!" Later, the same general said they planned to take out seven countries in five years: Iraq, Syria, Lebanon, Libya, Somalia, Sudan, and Iran.

What do these seven countries have in common? In the context of banking, one that sticks out is that none of them is listed among the 56 member banks of the Bank for International Settlements(BIS). That evidently puts them outside the long regulatory arm of the central bankers' central bank in Switzerland.
Just dwell on this one for a moment and I think you'll agree ...........
Whoa!!!!!